The Queensland government is tapping rooftop solar in a bid to slash the power costs of one of its largest energy users – its state schools – by up to 20 per cent.

Queensland Premier Annastacia Palaszczuk on Tuesday said on Tuesday that her government would roll out solar and energy efficiency measures across around 800 state schools through a new program called Advancing Clean Energy Schools, or ACES.

The first phase of the $40 million solar program, to be rolled out this year, will install PV on up to 30 schools in each of the Department of Education’s seven regions – in an effort to “share the benefits” throughout the state.

Another $57 million will be invested into making schools more energy efficient.

Palaszczuk said the scheme was anticipated to cut the state schools’ annual energy bill of more than $50 million by an estimated $10.2 million a year.

“That’s a great saving for schools as well as a fantastic contribution to our 50% renewable energy target by 2030,” the Premier said.

“This program will be a game changer and the reduced environmental impact will be significant.

“By reducing costs and reinvesting savings into the program, we can ensure state schools across Queensland have more sustainable energy use into the future.

One of the first schools to take part in the scheme, the Bremer State High School in Ipswich, already has a small rooftop system in place (4.1kW), and will have an audit carried out to determine the best ways to cut its energy costs.

“Currently Bremer spends about $250,000 a year on electricity, with $100,000 of that in network charges so that gives an indication of the impact this initiative will have over time,” said Queensland education minister Grace Grace in comments on Tuesday.

“It is a school where clean energy and environmentally friendly measures are already in use.

“We know that many of our schools have great environmental programs and do what they can to save energy and water and this program will make a massive contribution,” Grace said.

“Renewable energy technology has developed significantly and we want to take advantage of the opportunities that now exist for our state schools to make energy savings.”

But the government-backed program is not before time. For several years now, schools and universities around Australia have been embracing solar as a perfect fit for their energy profiles, and as a way to minimise exposure to rising grid power prices.

Nearly two years ago, a program that installed solar at 31 Catholic schools in the Townsville Diocese – resulting in annual electricity savings of $250,000 – caught the attention of the Vatican.

And in one of Queensland’s top solar postcodes – also two years ago – Bundaberg Christian College installed what was, at the time, the largest hybrid solar and storage array of any Australian school, with the addition of a 194kW PV system and 250kWh of battery storage.

Since then, there have been more solar installations at schools than we can keep track of.

A recent initiative worth noting, however, is an ARENA-backed pilot of cutting edge portable solar classrooms known as “Hivves”, which generate enough energy not only to meet their own demand, but that of a further two classrooms.

The portables, made by NSW-based company Hivve Technology, are being trialled at St Christopher’s Catholic Primary School in Holsworthy in Sydney’s south western suburbs and at Dapto High School in Dapto. 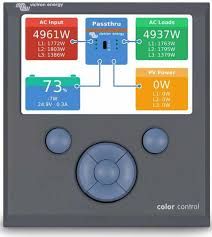